Digital Transformation at the Salvation Army 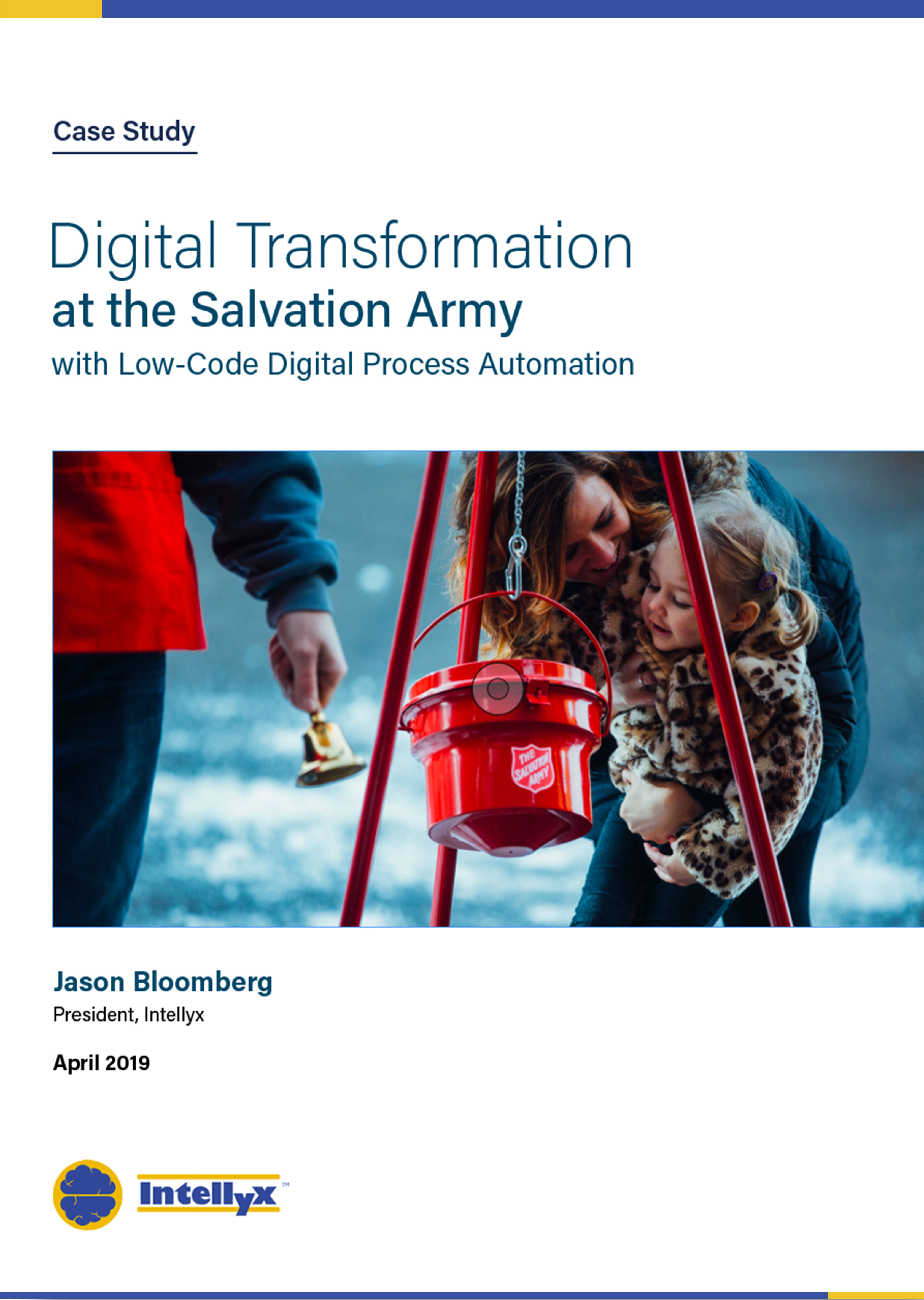 The Salvation Army is a large, global non-profit organization that has a worldwide membership of over 1.7 million people, and serves those in need in 131 countries. They are also an organization that operates on a shoestring budget.

Learn how they are modernizing decades-old infrastructure and legacy apps, avoiding the legacy pattern filled with technical debt.

Twenty years ago, The Salvation Army USA West standardized on Lotus Notes, and heavily leveraged the platform for application development. When it became clear that migrating off Notes to a modern technology was mandatory, two essential requirements emerged – a low-cost approach, and, ensure the technologies replacing Notes would not fall into the same legacy pattern, and that would require another costly migration years later.

Reach out to our team and find out how AgilePoint NX can help take your business into the future with its cloud-based responsive application platform!